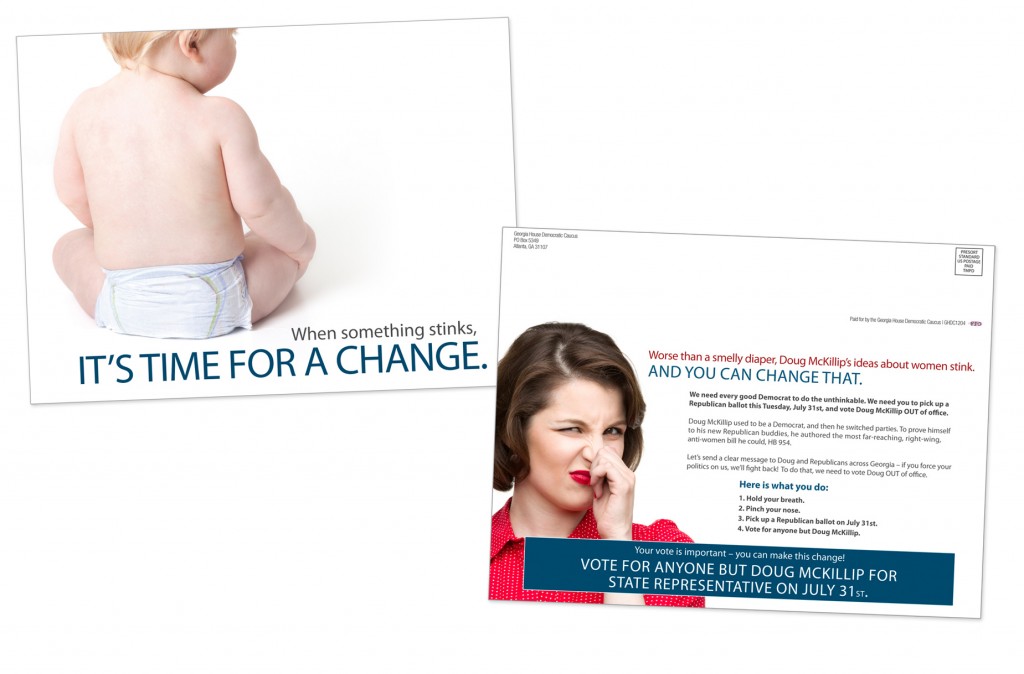 To prove himself to his new conservative buddies, Doug threw women under the bus. He passed the most far-reaching, right-wing, anti-women bill he could, criminalizing doctors and putting serious medical decisions in the hands of politicians.

The Georgia House Democratic Caucus had enough of Doug, and decided it was time to fight back — and we agreed.

Using a hard-hitting mail plan, we encouraged Democratic Voters to hold their nose, grab a Republican ballot, and vote Doug out of office. And this past Tuesday night, Doug McKillip was defeated by just 64 votes.

More than that, Democrats sent a strong message to Republicans everywhere — “If you force your politics on women, we will fight back!”

This victory was particularly sweet for the Mad Dog himself. Jon Anderson, as the Georgia House Caucus Director, helped recruit Doug into the political world years ago, and it was his absolute pleasure to help take him out.

P.S. To the Republican victor, Ms. Regina Quick — don’t get too comfy over there. You will face a battle-strong Democrat in just two years time.