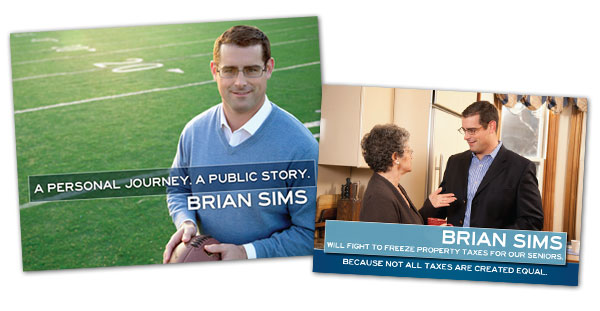 It’s one thing to win a Pollie for an individual piece, but winning Pollies for entire campaign says something about the quality of work that a firm produces from the start of the campaign to Election Day.   Mad Dog Mail was honored to win the two highest awards for Democratic direct mail series – winning Best Overall Direct Mail Campaign and Best Overall Use of Negative Contrast. (View a slideshow of winners here)

And our work knocking off Republican incumbent Rickey Nowlin, a rare Democratic pickup in 2011, won Best Overall Use of Negative Contrast (Democrat).

Mad Dog also picked up seven more awards including our work for:

Our success at the polls in 2011 in Louisiana – beating two incumbent Republicans, winning four open seats, and re-electing every incumbent State House Member – has now been further recognized with these prestigious awards which are judged by our peers in the business.   We are proud of the work we did for our clients in 2011, and we are looking forward to another great year in 2012.

We work hard. We do what it takes to win.   If you would like to talk to us about being a part of your team, please call Jon Anderson or Owen Shackelford at (904) 310-6409.  No one will fight harder for you. 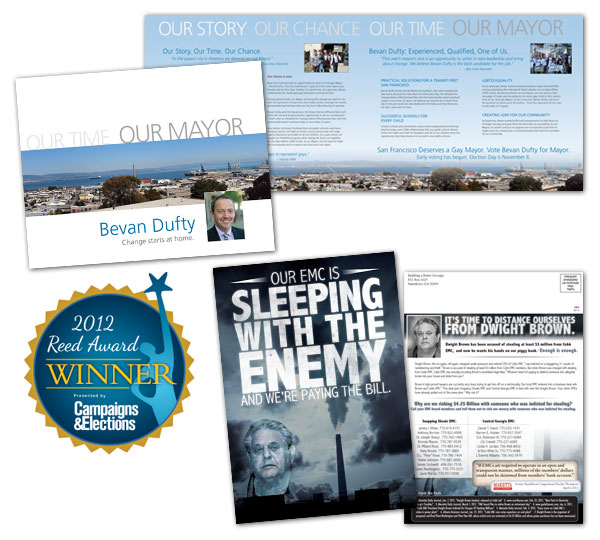 How Did Louisiana Democrats Beat the Trend?

When all the dust settled, only one Democratic caucus in the South didn’t lose a single seat on election night in 2011. Despite the best efforts of David Vitter and Bobby Jindal, Republicans didn’t gain a single seat in the Louisiana House – and they drew the maps.

Louisiana Democrats won the fights that mattered most. Despite a popular Republican governor and President Obama’s approval rating being in the mid-30s, we helped bring back every incumbent Democrat in the House. What’s more, we picked up four open seats and defeated an incumbent Republican.

When the Republicans drew the maps in Louisiana, they thought they had us beat. They were wrong.

How did we do it? Can we do the same thing for you? Give us a call to find out.

On the heels of having successfully helped 16 Louisiana House Democrats win re-election on Oct. 22, Mad Dog Mail picked up additional wins in Houston and Indianapolis on Tuesday.

We are proud to have worked with our friends at the Victory Fund and other partners to help elect Mike Laster to the Houston City Council and Zach Adamson to the Indianapolis City Council.

Imagine our delight Wednesday night when Rachel Maddow featured each of these races on her MSNBC show. We here at Mad Dog Mail are honored to have played a role in electing these three highly qualified, dynamic leaders.

Here at Mad Dog Mail, we believe that LGBT equality is the civil rights issue of our time, and we are proud to have the opportunity to continue to play a role in electing LGBT leaders throughout the nation.

Our incumbents won in a tough political and economic climate. Our winning margin for districts under 50% DPI was 56.9%. The average vote percentage for all incumbents was 68%.

Three incumbents, in conservative districts, stand out because of the avalanche of opposition spending from the Louisiana Republican Party and Republican PACs.

Additionally, Mad Dog Mail is proud to have helped reelect:

Mad Dog Mail is also very excited to have helped seven open-seat or challenger candidates into runoffs, which will be decided on Saturday, Nov. 19th.

If you have a tough election facing you, like Louisiana did, call us – we’d love to help.

Reichert pulls off narrow win over Ellis in mayoral race

Mayor Reichert was able to win by focusing on moving Macon forward together rather than going back to the petty political squabbling and scandals of the past. Mad Dog Mail wishes Mayor Robert Reichert, and the city of Macon, the best of luck in the next four years.

“I am very grateful to Jennifer Smith and Mad Dog Mail for their excellent advice and hard work in my reelection campaign for mayor of Macon. I really enjoyed working with them.”

Democrats are fighting back in 2011. That’s what real fighters do when they are knocked down.  They get back up and start throwing punches.  And we at Mad Dog Mail are proud to be right there in the ring with them.

There is a reason our firm is called Mad Dog Mail – we fight hard, and we do what it takes to win. And since the Republican wave in the fall of 2010, that’s exactly what we’ve done. We have won tough races that help lay the groundwork for future Democratic gains in swing states such as Missouri and Florida.

Mad Dog Mail helped elect Jake Zimmerman, a rising star in Missouri politics, to the newly created position of St. Louis County Assessor. The Zimmerman team crushed a wealthy realtor supported by Tea Party extremists, taking over 64% of the vote. As the first elected Assessor, Jake will have the opportunity to establish the office’s roles and focus on helping struggling homeowners and keeping seniors in their homes.

Mad Dog Mail was proud to have done independent expenditure work to supplement Bob’s spectacular campaign.  Buckhorn led the charge, receiving over 63% of the vote, in the Tampa municipal election that saw Democrats sweep every last Republican out of office.

Buckhorn was written off early by Tampa’s political elite as a three-time loser with little shot of winning. However, he didn’t give up (and neither did we) and what ultimately made him good enough to win, Buckhorn said, was losing. “I didn’t fear losing, because I’ve felt losing,” he says. “I know what it feels like, and I know it doesn’t kill me. So when you really have no fear of losing, it changes your perspective.”

Mad Dog Mail congratulates Mayor-elect Bob Buckhorn and his campaign on a great victory and wishes him the best of luck in creating a better Tampa.

In Chicago, Mad Dog Mail worked with Susana Mendoza to win the election outright, electing the first female Chicago city clerk with over 60% of the vote. We were also able to help Latasha Thomas through a crowded eight-way primary where she garnered 48% of the vote.  While the runoff election doesn’t take place until April 5, we are confident she will prevail. As a firm, Mad Dog Mail has fought to elect more females across the nation, and we’re proud of our work in Chicago.

Mad Dog Mail congratulates Susana Mendoza on her victory, and we’re still doing everything possible to make sure Latasha Thomas wins her run-off election on April 5.